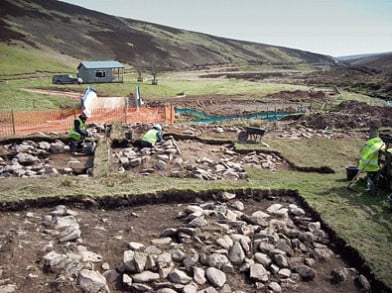 CFA were retained by Wind Prospect Ltd to undertake archaeological mitigation works during the construction of the Fallago Rig Windfarm in the Scottish Borders. Following consultation with the Scottish Borders Council Archaeologist a targeted was watching brief was agreed. This covered the access route, substation platform and the main windfarm area. A close working relationship was fostered with the construction team which included Wind Prospect and RJ McLeod. This allowed the team engaged in the construction to understand when we were required on site and to provide us with sufficient notice to provide a suitably skilled and experienced member of CFA staff.

Within the windfarm area a number of isolated “fire pits” were identified but the most significant find was made on the access road where a new bridge was required. A survey undertaken by CFA prior to the construction identified two roughly built structures. It was not possible to preserve these in situ so a programme of excavation was undertaken. Initially the structures were thought to be Shielings but upon excavation they proved to be the remains of an upland Anglian settlement that dated from the 7th to 9th Centuries AD.

The close integration of the archaeologist with the construction team ensured that all findings were dealt with promptly and that no delays were caused. 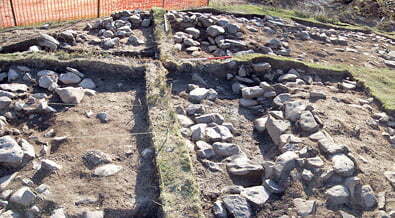 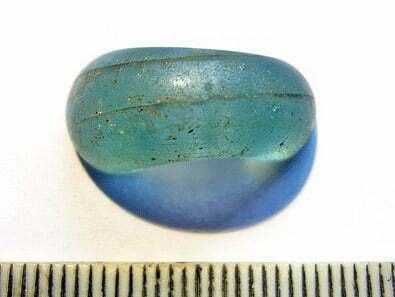