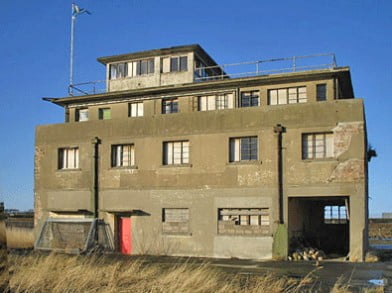 Crail Airfield is the best surviving example of a WW2 Fleet Air Arm airfield in the United Kingdom and as such is designated a Scheduled Ancient Monument. The airfield was originally established during the First World War but none of the structures associated with that phase of its use are thought to survive. Formerly known as HMS Jackdaw, the present Crail airfield was constructed in 1939 and functioned throughout the war as a naval training base. Naval air operations ceased in 1947, but the site continued as HMS Bruce, a naval training unit. During the Cold War, military use continued between 1952 and 1960 as the Joint Services and Language School. Since 1960 part of the airfield is now a pig farm.

The airfield is clustered into two groups of buildings. The western group consists of the non-operational sector (barrack blocks, church and cinema) and the eastern group was the operational sector (control tower, hanger, dispersal bays, runways, engine and aircraft armament repair shops). Forty-eight buildings were selected by Historic Scotland to represent the range and types of buildings that still survive. These were surveyed to Level 2 in February 2006. The survey confirmed that the airfield buildings have witnessed a number of changes to suit the needs of housing livestock. The survey report also included the results of a previous condition survey on each of the buildings. 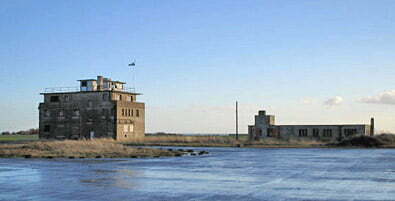 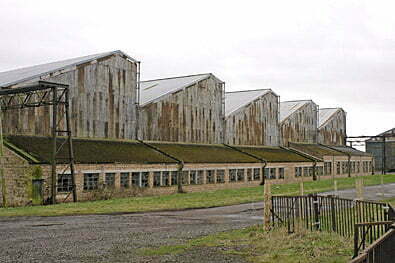 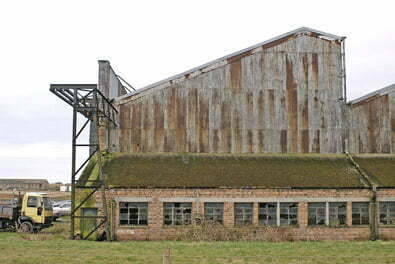