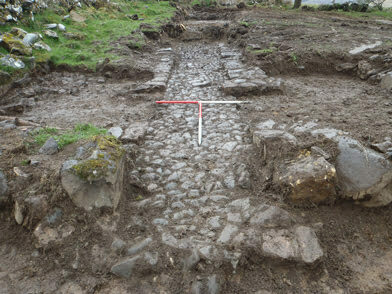 CFA were retained by Kier Mining to act as consultants and contractors on their Greenburn Opencast Coal Site in Ayrshire. The complex covers a working area of c 9.2 sq km and projected coal extraction figures stand at around 12 million tonnes. CFA compiled Cultural Heritage chapters for the original application and the subsequent extensions. We also provided contracting services on all phases of work.

In the last three extension phases over 400 trial trenches amounting to around 40,000m2 were excavated, four farmsteads scheduled for demolition were surveyed and post medieval farm buildings and 20th century miners cottages were sample excavated. 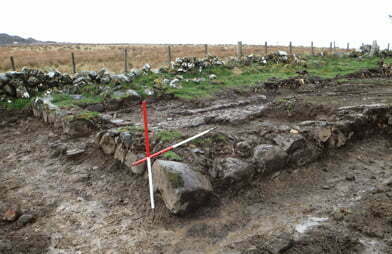 Through consultation with the local authority archaeological advisors we were able to secure a significant reduction in the amount of trial trenching that was initially requested. This was achieved by proving, through a phased process of evaluation and the consideration of slope angle and altitude that certain parts of the extraction area were unlikely to have been suitable for settlement or other use in the past and so were of low archaeological potential.

The client requested that the evaluation took place in a number of phases that were timed to take place just before mining. Our flexible approach to this request allowed the client to ensure that mitigation took place in advance of mining thus keeping them in production whilst minimising the disruption to the farmer.

One of the more interesting findings from this programme of work were reused architectural fragments recovered from the fabric of the Hall of Auchencross Farm. These were from an earlier building and were dated to around the 16th Century AD. The identification of these fragments suggested that an earlier medieval building was once located in the area. This supported the 1857 Ordnance Survey mapping of the area which carried the notation “Site of Old Hall” in an area just to the north of the Hall of Auchencross farm. However, the architectural fragments were all that was recovered and extensive evaluation around and under the farm found no traces of an earlier building. 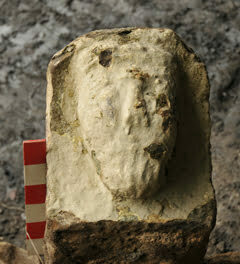 Posted on September 2, 2014 by Kevin
Posted in Minerals | Comments Off on Greenburn Opencast Coal Site