The proposed construction of gWest International Golf Resort by Ochil Developments (UK) Ltd, to the north of Blackford village in Perth & Kinross, was the impetus for a programme of archaeological work between 2006 and 2008.

The extensive remains of enclosed and unenclosed prehistoric settlements, including the remains of at least fourteen circular structures were discovered within ten areas of archaeological interest, situated on well-drained knolls in an undulating landscape. 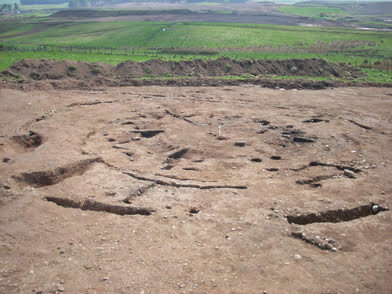 The settlements have been dated principally to the Middle and Late Bronze Age (approx 1500-500 BC), although continued habitation can be traced through to the early Iron Age. Most of the structures were probably roundhouses, and were likely to have been the foci of domestic and economic life across generations. The remains ranged from single isolated structures to groups of closely-spaced structures. Some were enclosed by palisade fences, possibly for defence, others were not. 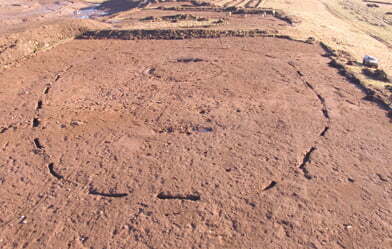 Post-excavation analysis of the objects and soil samples has revealed that the communities living in these settlements made their living from a mixed farming economy, with some craft production also undertaken. There was evidence for both the raw materials and manufacture of shale jewellery, but whether the structure where it was found was a craft workshop could not be ascertained from the evidence. Small amounts of pottery and flint tools were also found. 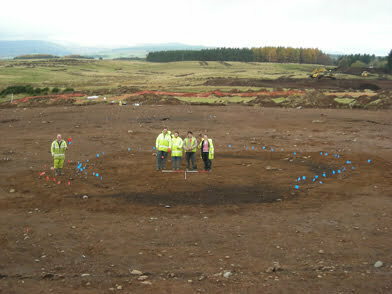 A small quantity of earlier prehistoric material was also found, including some Early Neolithic pottery and Early Bronze Age Beaker pottery. Evidence for funerary rites was rare, but what little there was dates from the Early Bronze Age and suggests that the dead were cremated and buried in urns.